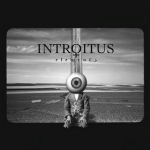 Lots of complicated arrangements, some beautiful melodies, overall excellent musicianship, and solid vocals abound on this disc. Most likely because of the female lead vocals, I’m often reminded of the stellar work of the band Magenta. Indeed, the singer on this album sounds eerily similar to Magenta’s Christina Booth at times (especially during the quieter moments), although the general style of Introitus is somewhat heavier in nature (bordering on Progressive Metal on several tracks) instead of the more tender stability of Magenta. Not a bad thing, though, since this group excels at shifting moods throughout the disc and makes for some exciting and memorable tracks. Still, like Magenta, there are also enough similarities to bands such as Genesis, Yes, and other 70’s icons to keep fans of the old prog-rock satisfied.

Excellent!!! Fans of Magenta and bands of that ilk should snatch this up since they won’t be disappointed.