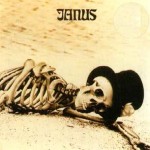 Music-loving kids of today don’t have a bloody clue how good they’ve actually got it, do they? Here’s why I say that…

It continues to astound me how a seemingly endless stream of above-average “old” albums by “old” obscure bands of which I’d never known existed keep popping up in my “middle/olden years” which, in a perfect world, I should have discovered way back in my youth but didn’t. Certainly this has everything to do with the situation back in the “olden days” before the mighty Internet existed. Dear heavens, remember those times when only local (lame) radio and (lame) television stations, along with a few assorted (mostly lame) magazines (aside from Circus and few others) provided the sole sources in discovering new music, and to a lesser extent, the meager selections in stock at the small local record store and word of mouth? For those of us in America (and especially in the Midwest), this is especially true of European (non-UK) bands whose albums were always tucked away in the high-priced yet always-intriguing “Import Section” at the record store, when a teenager had no available cash to splurge (experiment) on an album that looked so damned fascinating but wasn’t available to “test listen.” Hell, of course, then I would rather spend my meager cash on the heavily advertised albums from world-renowned groups such as Uriah Heep or Deep Purple or Yes or Black Sabbath instead of “chancing” a release (except sparingly) by seemingly unheard of German bands such as Jane or Lucifer’s Friend or Guru Guru or Scorpions. This is the area in which the upcoming Internet became (undoubtedly) the “holy grail of discovery” in the lives of die-hard music lovers like myself. So I repeat my earlier question—music-loving kids of today don’t have a bloody clue how good they’ve actually got it, do they? Probably not!

Anyway, this is the reason I write many reviews for older (ie. seemingly ancient) albums and bands, since for me, many are truly brand new discoveries, the actual year of actual release/existence be damned. Therefore, despite this album being released more than four decades ago, it is essentially a new release in my eyes, and Janus is, for all intents and purposes, a brand new band.

I stumbled upon them when digging for more information on Jane (a band I did actually unearth way back in the 1970s). So due to its similar name, and also being from Germany, Janus kept popping up in my various “Jane-related” searches. Since I also kept seeing words and phrases such as “great” and “wonderful” and “undiscovered gem” and “semi-progressive Krautrock” (a genre of which I am quite fond) when describing the debut Janus album, I had placed it on my “wish list” and (thankfully) located a copy.

Not only have I played the five-track album repeatedly since I snagged a copy, but have grown quite fond of it. Although I wouldn’t go so far as to label this mainly guitar-oriented album (with some piano back-up) as simply Progressive Rock (which oddly seems the sole or primary genre listed at most music-related websites when it comes to this release), I would certainly say that Prog-Rock is a secondary genre. Apart from that, I would classify this album as being Hard Rock with abundant Psychedelic-Rock influences.

In many ways, especially due to the “unaccented” lead vocals and almost blues-foundation to some songs (such as on the three shorter tracks “Whatcha Trying To Do?” and “Bubbles” and “I Wanna Scream”—the latter almost a template for a Thin Lizzy song) and the overall guitar tones the band employs throughout the album, Janus has (for the era) more of a “Brit-band” sound, occasionally bringing to mind groups such as Ten Years After, Beck, Bogart & Appice, Cream, Led Zeppelin, etc.

Yet the heavier-hitting Psych elements make all the difference in the world (as on the killer, nearly nine-minute, opening song “Red Sun” with its apparent “I Can See for Miles” influence by The Who, and the side-long, twenty-one-minute “Gravedigger” with its often Mellotron-dreamy, acoustic-based “Moody Blues/King Crimson” feel), bringing shades of Jane, Guru Guru, Grobschnitt, etc. into the overall mixture of influences, and offering that unique Krautrock flair. Indeed, these lengthier aforementioned tracks are reason enough to investigate this album, since they’re the ones that offer the perfect blending of the “Hard Rock/Psych-Rock/Progressive Rock/Krautrock” genres and make this album quite special.

Hell, these two tracks alone make me wish I’d discovered this album upon its release back in 1972, then maybe my friends and I would have rocked out (and “spaced out” with a particular weed I cannot name) to more than just the albums the highly influential record companies and “lame” radio stations of the era declared were the “best of the best.” Now I just need to hunt down a few of this band’s subsequent albums (released decades later themselves) to see if Janus eventually lived up to the potential it displayed on its debut.

Yes, the music-loving kids of today are so damned lucky to have something called the Internet, because even they can easily discover an album such as Gravedigger more than forty years after its release. Damn, in this respect, how I envy them…