I always had a special place in my heart for the late Rory Gallagher. Although I was never a huge fan of his characteristic “talk/singing” vocals, I could easily tolerate them since I greatly admired his guitar skills. Plus his songwriting talent and the often-superb instrumentation on his songs made for some truly enjoyable albums.

For some reason, when it came to his solo releases such as Tattoo, his bluesy yet occasionally jazzy guitar playing usually reminded me of a cross between Kim Simmonds (Savoy Brown) and Tommy Bolin (Deep Purple/James Gang), although with his own special sound, almost a marriage between the styles of the other two guitarists.

And it’s a crying shame that, like the other guitarists, he also never got the recognition he deserved, never became a household name. So when it comes to Rory’s work, it’s good stuff overall, especially this album, with tracks such as “Sleep on a Clothes-Line,” “Tattoo’d Lady,” “Livin’ Like A Trucker,” “20:20 Vision,” “Admit It,” and “Cradle Rock” all showcasing Gallagher’s flavorful guitar in a wide variety of styles, and is perhaps my favorite of his many releases during the ’70s!

Why Canadian guitarist Pat Travers never made a bigger impact on the music-buying public is a question I’ve often wondered. I mean, in the mid-’70s when he emerged on the scene, his playing was well above average, comparable to other “axe-slinger heroes” in the same genre and during the same era, he surrounded himself with other top-class musicians (Tommy Aldridge and Pat Thrall immediately spring to mind), and his material (Hard/Blues Rock with a hint of both Jazz and Southern Rock) was certainly as rocking and as well-produced as bands such as the similar Montrose.

To me, it likely boiled down to the fact that Pat didn’t have an outstanding lead vocalist who might have given the sound of his group a more identifiable stamp. Instead, Pat sang his own material, and although his vocals are more than acceptable, they also seemed rather “generic” to me, not very recognizable. Or perhaps the record company just didn’t give a damn enough to promote his band the way it deserved.

Putting It Straight, Travers’s third album, is a prime example of what I’ve mentioned. While tunes such as the rockin’ opener “Life in London” as well as “Speakeasy,” “Gettin’ Betta,” “It Ain’t What It Seems,” and the two-part “Dedication,” are all top-class, energetic boogie tracks with strong guitar riffs and solos, with the occasional keyboard accompaniment and solid rhythmic background, I can’t help thinking that perhaps a stronger vocalist might have really set the tracks on fire.

Anyway, regardless of why this talented gent never made a bigger impact, Pat Travers is still a rather obscure name to many record-buyers in the world, and it’s a crying shame. 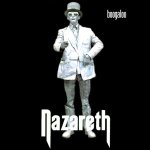 One thing that can easily be said for Nazareth—the Scottish band cannot be classified as a group of “quitters.” After Nazareth’s initial semi-major success in the ’70s began to fade, the band kept rockin’ ‘n’ rollin’ onward, despite the various musical trends that created havoc in the industry through the ’80s, ’90s, and into the new century. And Nazareth never altered its style too drastically, but strove forward into each new decade by continually producing its enjoyable (albeit occasionally spotty—ie. “varied”) style of Hard Rock.

Indeed, apart from one or two albums that fell below the band’s “quality benchmark,” Nazareth’s latter-day albums still contained some fun and delicious music, Hard Rock with a touch of Blues, Country, and AOR mixed in, with Dan McCafferty’s raspy and punchy vocals and Pete Agnew’s thumping and melodic bass lines, regardless of the other musicians that eventually joined the fold throughout the years.

And this album from the late ’90s is no exception. For starters, Boogaloo opens with the gruff and gritty “Light Comes Down,” a blast of rock ‘n’ roll that could have easily appeared on any of the band’s albums from the ’70s. From there, “Cheerleader” is another upbeat boogie-rocker with dastardly vocals, slamming drums, and tinkling piano in the tradition of tracks such as “Razamanaz.” With some brass accompaniment, “Loverman” adds a whisper of funk to the killer beat, while “Open Up, Woman,” “Talk Talk,” “Party at the Kremlin,” “Robber the Roadie,” and “Waiting” all pack the heavy swagger that made Nazareth so special in its early days. Even the more mid-tempo, slower-bluesy tracks “Nothing So Good” and “God Save the South” pack a mighty wallop to the jaw, whereas the final tune, “May Heaven Keep You,” is the only actual ballad included here, yet nevertheless has an impact during the choruses.

Indeed, Boogaloo contains an above-average collection of songs, is probably one of the most consistent albums in the band’s more recent catalogue, and isn’t too far afield from classic albums such as Razamanaz, No Mean City, or Hair of the Dog—in other words, the music is pure Nazareth, and terrific!

After its impressive debut from the previous year, Steely Dan followed up with the excellent Countdown to Ecstasy, proving this was no “average band.”

And here, with Steely Dan still being an actual band (instead of the Donald Fagen/Walter Becker songwriting duo that used mostly studio musicians to create its future albums), the sound is wonderfully cohesive and creative, with the sardonic lyrics and lead vocals (now performed exclusively by Donald Fagan, unlike the previous release) as quirky as ever, the musicianship brilliant, and the sound being a seemingly perfect blend of AOR/Hard Rock/Jazz-Rock with highly memorable melodies and riffs.

I especially loved the dual guitars of Denny Dias and Jeff “Skunk” Baxter, who also graced the album with some pedal steel guitar, as well as the impactful inclusion of guest stars such as the acclaimed Victor Feldman playing marimba/vibraphone, Rick Derringer offering up some sleazy slide guitar, and Ernie Watts, Bill Perkins, and Lanny Morgan delivering slick and sassy saxophones, which all added to the band’s sophisticated style.

From “Bodhisattva” to “Your Gold Teeth,” to “My Old School” and “The Boston Rag,” to “Show Biz Kids” and “King of the World,” to “Razor Boy” and “Pearl of the Quarter,” every single track ranks among my favorites within Steely Dan’s entire catalogue—indeed, I adore Countdown to Ecstasy from beginning to end, unlike the band’s subsequent albums—and I’ve never grown tired of hearing it, even forty-five years after snatching it up at the impressionable age of thirteen.

Besides, it was also the first album I owned that had the naughty “F-word” popping up in the lyrics of “Show Biz Kids,” so how could I not have fond memories of this platter, right?

The Man Who Sold the World was the first Bowie album I ever purchased, and it’s still one of my favorites (just shy of being equal to my fondness for the “Ziggy” era releases).

Regardless, this album is nothing if not unique within Bowie’s vast catalogue of platters, being his only album to truly border on Heavy Metal with tracks such as “She Shook Me Cold, “The Width of a Circle,” “Running Gun Blues,” “Saviour Machine,” and “The Supermen.”

With Mick Ronson performing his raw, somewhat psychedelic guitar gymnastics on many tracks, along with some acoustic and spacey bits tossed in that add haunting touches to several songs (“After All” and the title track instantly spring to mind), Bowie and his cohorts created a rather fascinating and experimental exercise in “Glam Metal” on The Man Who Sold the World that undoubtedly influenced countless Glam rockers in the years to come.

A true gem of the genre! 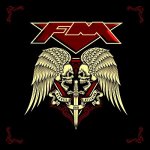 In my opinion, England’s FM (not to be confused with the Canadian Prog-Rock band) is not only one of the finest AOR/Hard Rock acts to have emerged in the mid-’80s, but a band that features perhaps one of the finest, most recognizable lead vocalists in the genre, a chap by the name of Steve Overland (Shadowman/The Ladder/Overland/Wildlife).

Indeed, every album by this group (or any band where Steve is behind the microphone) is generally a melodic treat for AOR fans, and even in this new century, FM releases nothing but top-quality material, including the tracks on the more recent Heroes and Villains album, such as the catchy and upbeat “Call on Me,” “Big Brother,” “Life is a Highway,” “Diggin’ Up the Dirt,” “Shape I’m In,” “Fire and Rain,” as well as the emotional ballads “Incredible” and “Walking With Angels.” 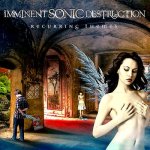 Several years ago in Chicago, I attended a Pain of Salvation concert (primarily to see my buddy’s band Mindwarp Chamber, one of the opening acts). Also on the bill, however, was Imminent Sonic Destruction, a newer band from Michigan that was completely foreign to me. Being impressed by this band’s live performance and its general sound/style, I purchased the debut album, Recurring Themes, the following day.

Thankfully, I was equally impressed by the release—the beautiful melodies and various complexities of the arrangements, not to mention the skillful musicianship and high production values on tracks such as “Here, It’s Over,” “Monster,” and “Temple,” as well as on the lengthier epics “Driving Home,” “Breaking Through” and the magnificent sixteen-minute “Raven”—and am now a true-blue fan of this promising Prog-Metal group.

Late in 2016, I also acquired the band’s newest release (Triumphia), which is also quite impressive, so I hope Imminent Sonic Destruction stays around for a long, long while. 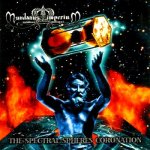 This band from Norway released only a single full-length album, but what a sizzling and scorching barn-burner it was.

The Spectral Spheres Coronation contains Symphonic Metal at its finest, with numerous Progressive Metal passages, blazing guitars, thundering rhythms, and pomp keyboards. Tracks such as “Distant Conglomeration,” “The Unborn Breathes in Silence,” “If the Universe Transformed,” and “The Life of What You Seek” blaze wonderfully through the speakers with orchestral embellishments, while the album also features a thoroughly stunning cover of Rainbow’s classic “Stargazer” from the Rising album that nearly equals the power of the original track.

And with the melodic and mighty Jørn Lande (Ark/Beyond Twilight/The Snakes/Masterplan/etc.) appearing as vocalist on this album, belting his heart out like there’s no tomorrow, especially on the aforementioned cover tune, how could this not be great?

Sadly enough, The Spectral Spheres Coronation never got the plaudits it so richly deserved. Again, this is Symphonic Prog-Metal at its finest. 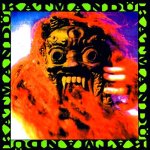 Some of the tracks remind me of Fastway (no surprise, considering King’s history), with Led Zeppelin, Kingdom Come, Nazareth, and Aerosmith also being chief inspirations. Quite melodic and driving, the album boasts a bevy of catchy riffs, with splendid production and solid performances overall.

It’s a shame Dave King never got the recognition he deserved and this talented band fizzled after the release of this lone album.

His first solo effort, Fish Rising, is typically rated higher on most music-related websites, and I can easily see why. But for some reason, L is the album that really hit home for me.

I vividly recall hearing Hillage’s cover of Donovon’s “Hurdy Gurdy Man” on an “underground” Chicago radio station when the album came out, which introduced me to this exceptional guitarist, and it became the reason I hunted down the album several days later. Therefore, since L was the first music I owned by Hillage, I’ll admit that nostalgic prejudice taints my overall rating.

Nevertheless, with additional tracks such as “Hurdy Gurdy Glissando,” “Electrick Gypsies,” and the lengthy “Lunar Music Suite” all capturing my attention and leaving a lasting impression on me, I slowly collected Hillage’s back catalogue of releases from his days with Gong, Khan, etc. and became a lifelong fan.