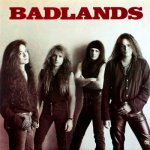 Anyway, both albums are truly special, near-perfect masterpieces of the Hard Rock genre, and it’s immediately clear on this debut that the band showed great promise. From the sizzling “High Wire” and the catchy single “Dreams in the Dark,” to the powerful “Streets Cry Freedom” and “Devil’s Stomp,” along with the Zeppelinesque tracks “Seasons” and “Winter’s Call,” the album simply does not let up for a single moment, with the musicianship acting as a one-two punch to the jawline while the vocals deliver the knockout blow in this ten-track bout of musical fisticuffs.

Fans of groups such as Whitesnake, Tesla, Humble Pie, Montrose, Thunder, and the aforementioned Led Zeppelin (as well as Coverdale/Page) will likely find much to enjoy here.

Final note: For those who may not be aware, the group’s third album Dusk—released posthumously with little fanfare and well under the radar in 1999, years after Gillen’s passing—is also worth seeking out, although the tracks seem a tad “raw,” as if the songs might have been unfinished demos.