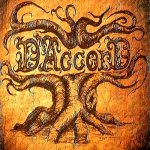 Upon first listen, one might think this Norwegian band existed about 40 years ago, since the music is eerily reminiscent of a time when the sound of Genesis or Yes using a Mellotron, for example, inspired so many music lovers to jump on the Prog-Rock bandwagon.

Along with the mighty Mellotron, the band also incorporates other vintage keyboards (Hammond, electric piano, etc.), flute and sax, and heavy guitar reverb that tips a hat toward Pink Floyd atmospherics. Indeed, D’Accord’s production brings to mind the olden days of analog recording equipment, and even the cover art on their three albums looks retro.

On this debut album, on lengthy tracks such as “Play by the Hall Rules,” “Time to Play,” and “Capitale Venditio,” the band reminds me of a Prog-Rock act such as Birth Control, Jethro Tull, or Genesis melding together with a Hard Rock troop such as Deep Purple, Bloodrock, or Uriah Heep. In many ways, D’Accord is similar to other “retro bands” like Siena Root, Presto Ballet, Black Bonzo, or Hypnos 69, successfully incorporating the classic sounds and production techniques of bands from the ’60s and ’70s, adding a touch of Stoner Rock, a bit of Psychedelic Rock, some Jazz-Rock, a whole lot of Heavy Prog, and whisking music lovers back to the time when Prog-Rock began.

Hell, when listening to this album, one can almost smell the weed burning in the background…