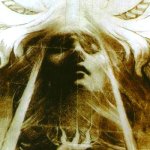 La Maschera di Cera’s self-titled debut included plenty of Symphonic and Neo-Prog material that reminded me of a cross between current or more recent groups of the Italian Prog-Rock scene such as Doracor or Malibran with early King Crimson, Genesis, Museo Rosenbach, and Jethro Tull, with a vocalist who occasionally sounds like an Italian version of Marillion’s Steve Hogarth due to his tone, range, and delivery style, only with some eerie touches to his voice.

With plenty of Retro-like synths, piano, organ, and Mellotron, along with the periodic inclusion of flute and sax, not to mention numerous and varied song segments, tempo changes, and appealing atmospheres on the nineteen-minute opening track alone, I immediately sensed this would be a band I could savor for a long time to come.

Thankfully, La Maschera di Cera proved me correct, and the band released four additional high-quality albums through the years, the most recent appearing in 2013.

Therefore, for fans of the aforementioned bands, as well as those who enjoy today’s highly vintage-sounding Prog acts such as D’Accord, Magic Pie, Hypnos 69, and Presto Ballet, where a hint of both Psychedelic Rock and Stoner Rock merged with the Symphonic style is not unexpected, this band is certainly worth investigating.

Also worth noting is the presence of acclaimed bassist Fabio Zuffanti (Höstsonaten/Aries/Finisterre/etc.) on each of the band’s releases, which adds enormously to the group’s credibility factor.