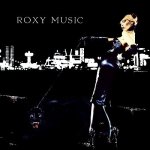 In my eyes, For Your Pleasure, the second release from Roxy Music, is one of the finest Art Rock albums ever made, and is certainly my favorite by this unique band itself.

Sure, Roxy Music’s self-titled debut from the previous year contained a slew of exciting material and aural oddities, the songs being simultaneously both catchy and bizarre, but Peter Sinfield’s production quality lacked. The vocals or instruments ended up either too forceful or too buried in the mix so the listener couldn’t fully appreciate all the delicate nuances Roxy Music offered regarding the fascinating woodwind blasts, keyboard and synth effects, and luscious guitar and bass melody lines.

On For Your Pleasure, however, the overall production (the band self-producing this release) took a giant leap forward, with the collection possessing a sleek and sensual atmosphere, and all of those instrumental idiosyncrasies, those peculiarities that set this band apart from all of its contemporaries, stood on full and wacky display.

Bryan Ferry’s songwriting had grown seemingly by leaps and bounds, his lyrics being especially quirky, clever, and wry, and the musicians had perfected the art of spiraling off on individual whims, occasionally jamming wildly over and around each other within the confines of each song, yet the band still sounded remarkably cohesive and tight.

With classic tracks such as “Do The Strand,” “Editions of You,” The Bogus Man,” “Beauty Queen,” “For Your Pleasure,” and the unforgettable and rather creepy “In Every Dream Home a Heartache,” the album contained a wealth of Art Rock experimentation with a touch of Glam, including strange and kooky arrangements, eerie and mind-bending synths and sound effects, all dripping in top-notch elegance and pizzazz, with the end product becoming nothing short of a 5-Star masterpiece.

Unfortunately, this would also be the last album to include Brian Eno, and his genius-like contributions to the Roxy Music sound would be sorely missed on future releases.