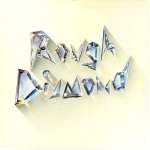 Rough Diamond was a group that formed shortly after legendary vocalist Dave Byron got handed his walking papers from Uriah Heep. But sadly, the band, also including the accomplished Clem Clempson (Humble Pie/Colosseum) and Geoff Britton (Wings/East of Eden), released only one album before disappearing.

Certainly, seeing as the group was fairly straightforward in its overall Hard Rock/AOR style and not Heavy Metal/Heavy Prog, the somewhat-diverse and moody nine-track collection didn’t bring to mind any Heep “magic,” as many people expected, and it ended up selling rather poorly (or rather, was generally ignored by both Uriah Heep fans and the conservative and lame record company executives).

Regardless, this debut album is still an enjoyable release. Dave Byron’s performance is both up to par with his work with Uriah Heep and instantly identifiable, and the album features numerous tunes that showcased the band’s overall creativity and had true potential to become singles/classics, especially the rockers “Lock & Key,” “By the Horn,” and “Lookin’ For You,” the wonderfully melodic and dreamy “Seasong,” the mid-tempo and bluesy “Scared,” the more intricately arranged “The Link/End of the Line,” and the ultra-tasty “Hobo” with its memorable main riff.