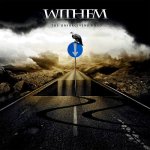 The Unforgiving Road is the second release from Norway’s Withem, a Prog-Metal band that seems to have just about everything—superlative musicianship, a vocalist with a killer set of pipes, and a knack for skillfully merging memorable AOR melodies with the technical instrumental maturity required for this demanding genre. Not many Prog-Metal bands can pull off this mixture successfully, but on tracks such as “In the Hands of a God,” “The Eye in the Sky,” “Riven,” “Unaffected Love,” and “The Pain I Collected,” the band certainly does.

For followers of groups such as Angra, Wingdom, Circus Maximus, Ice Age, or Sphere Of Souls, fans who prefer hearing lightning-quick yet tasty guitar and keyboard solos, thundering rhythms, crisp and clear vocals that often shoot for the stars, and creative instrumentation within often-intricate song arrangements that are somehow still easily accessible to the average listener, then Withem may just be a band for you to appreciate.

So as far as I can see, the only thing Withem doesn’t have is the worldwide plaudits it justifiably deserves.