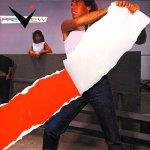 From the state of New York came Preview, an admirably melodic AOR group that released only a single album full of catchy material before (mournfully and unjustifiably) disappearing off the scene prior to gaining any traction. Years later, however, a bootleg became available of the band’s unreleased second album, and although Preview seemed to have soldiered on (at least for a short time) in the same overall style on its second potential release, creating another decent record, the songwriting didn’t seem quite as immediate or the “polish” quite as sparkling. But then again, these tunes had not been finalized for an “official” release, therefore, although the potential certainly existed, who knows what the tunes may have sounded like in a professionally produced and mastered condition?

Nevertheless, this eponymously titled debut is an obscure gem of the AOR genre, equaling nearly every other platter from similar Arena Rock bands during the same era.

On this collection of ten highly memorable songs, any number of them (especially “All Night,” “Running Back,” “Red Lights,” “Love Finds a Way,” and “Open Up Your Heart”) might have been hit singles had the band received so much as an iota of promotion from its record label, Geffen Records. Indeed, with four obviously talented musicians in its ranks, as well as a recognizable lead vocalist supported by tight background harmonies, Preview had a sturdy foundation for success. Yet better still, Preview also had one hell of a secret weapon in its musical arsenal—a marvelously gifted tunesmith in keyboardist Ernie Gold, who composed nine of the ten songs and co-wrote a handful of them with Alan Pasqua, keyboardist and composer associated with artists such as Giant, Santana, and Eddie Money. So with Gold at its creative helm, the band possessed a songwriter worth his weight (and every pun intended) in gold, an enviable resource for any AOR band. By the way, it should also be noted that vocalist Jon Fiore contributed one tune, the stunning closer “It’s Over,” showing that’s Gold’s talent wasn’t entirely unique within the band.

Anyway, I played this album continuously upon first purchasing it back in 1983, and indulged in it countless times through the following decades, and even now, it’s lost none of its harmonious power or charm. In fact, one hearing of the full album is never enough during a single sitting, and I still find myself hitting the REPLAY button to get a second dose, even after all these many years.

So, one might ask themselves, how could a band with so much raw musical potential and superb songwriting muscle go absolutely nowhere and remain so wretchedly obscure?

To answer that question, I’m once again pointing a finger directly at the record label—and guess which finger I’m using! This is the same finger I aimed several years earlier at RCA Victor when it likewise did nothing to promote another top-class act called Susan, allowing that band’s enjoyable debut album to flounder when, with a modicum of effort and a few extra advertising dollars, could have saved the group from entering the gates of oblivion. Why record labels go to the trouble of contracting bands, then do virtually nothing to aid the band in selling records—the label’s very business, their raison d’être, for pity’s sake—is beyond my understanding.

Anyway, all of my blame-casting aside…fans of diverse AOR groups such as Survivor, Cobra, The Babys, Journey, Franke & The Knockouts, Prism, Honeymoon Suite, Loverboy, and Wrabit will most certainly find interest in this mostly unknown group. Now, the trick is to actually track down a copy of this album to add to your collections. But be patient…it’s worth the efforts of investigation to do so, and thankfully, copies now seem more readily available then they were years ago.