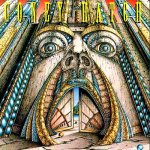 When Canada’s Coney Hatch first appeared in the early ’80s, I thought for certain the band was destined to take the world (or at least, America) by storm. The group had the catchy guitar hooks, the hummable melodies, the youthful exuberance, and the well-rounded musicianship needed to make a big splash as evidenced on tracks such as “Monkey Bars,” “Hey Operator,” “We Got the Night,” “Devil’s Deck,” and “Victim of Rock.”

But alas, like so many other talented groups, the band got lost in the rock ‘n’ roll quagmire and never broke big in America.

So to me, Coney Hatch (along with Headpins, Wrabit, and Max Webster, whose guitarist Kim Mitchell produced this album) was another one of Canada’s “Best Kept Secrets” during that same time period.