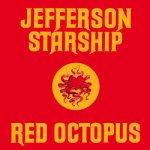 Red Octopus is the album that finally put Jefferson Airplane/Starship/Whatever back in the spotlight. Having both the wonderful Grace Slick and Marty Balin (who returned to the group full time) behind the microphone for the ’75 release, along with Paul Kantner and the revamped line-up of musicians, Red Octopus made the vocal sound of “Airplane” relevant again.

Although I was never an avid fan of the huge (and heavily edited) hit single “Miracles,” feeling it a bit too “adult contemporary” for my tastes, I still savored the vocal interplay between Slick and Balin, and through the years, eventually grew to love the lengthier album version. I was also pleased to hear some high-caliber songwriting from Slick—indeed, the album contains “Fast Buck Freddie,” which Slick co-wrote with guitarist Craig Chaquico, “Play On Love,” a collaboration between Slick and bassist/keyboardist Pete Sears, and Slick’s own “Ai Garimasu (There Is Love),” with all three becoming some of my favorite “Grace songs” of the band’s career. Besides the aforesaid “Miracles,” the Balin-fronted tracks “Sweeter Than Honey” and “Tumblin'” were also fine slices of melodic rock, while “There Will Be Love” and “I Want to See Another World,” where the group’s trademarked “gang vocals” come into play, are also quite commendable.

In truth, however, I could have easily done without the pair of instrumentals (“Git Fiddler” and “Sandalphon”) appearing on the album—with Jefferson Starship having numerous songwriters in its line-up and two dynamic lead singers in the form of Slick and Balin, one would think the band might have whipped up some additional vocal tunes to further showcase their talents and satisfy fans of the crooning duo. After all, the male/female vocal interplay is what made each album from Jefferson Airplane or Jefferson Starship so special, so why include two less-than-spectacular instrumentals and deprive the fans of additional Slick/Balin chemistry?

Regardless, with the revamped group hitting the big time thanks to Red Octopus, this insured its survival for many more years, despite numerous line-up changes and another name change/shortening that would eventually follow. 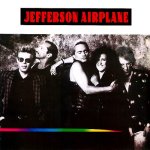 Although likely never intended to set the world on fire with its overall creativity, 1989’s Jefferson Airplane reunion album (albeit without drummer Spencer Dryden) did present a golden opportunity for fans to revisit a sound long-missed, yet updated.

For me, hearing “Planes” (the opening track) felt like stumbling upon an acquaintance you haven’t spoken to for decades, and realizing how much you missed and truly cherished the timbre of their voice and their unique style.

Of course, Grace Slick’s presence on any album has always been a thrill for me, and with her contributing her songwriting gifts and sharing vocal duties with Paul Kantner and Marty Balin (or even with Mickey Thomas during the Starship years) lent Jefferson Airplane a certain magic, so that element alone made this album enjoyable.

And although this particular collection of songs ended up being no stirring “Crown Of Creation, Part 2” or no revolutionary “Volunteers Revisited,” for example, it did contain enough melodic and catchy gems—”True Love,” “Madeleine Street,” “Freedom,” “Summer of Love,” “The Wheel,” “Now Is The Time,” the aforementioned “Planes,” and the truly exceptional “Solidarity”—that I’ve found myself replaying it through the years nearly as often as the band’s classic releases from the ’60s. 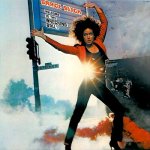 When the legendary Grace Slick took a break from Jefferson Starship after the band’s less-than-spectacular Earth album in 1978, she released two above-average solo collections before returning to the band—Dreams in 1980 and, the following year, Welcome to the Wrecking Ball.

This latter album proved itself unique among all of Grace’s solo efforts since, instead of being the expected mixture of Pop Rock, Psychedelic Rock, AOR, and Folk Rock, it contained stripped-down, back-to-basics, guitar-oriented Hard Rock material, with some songs even bordering on Heavy Metal, thanks mainly to the contributions of guitarist/arranger Scott Zito, who composed all of the tracks either by himself or with Grace as co-writer.

Therefore, due to the album’s hard-rockin’ style on tracks such as “Sea of Love,” “Wrecking Ball,” “No More Heroes,” “Shot in the Dark,” “Mistreater,” and “Shooting Star,” with blazing guitars, a pounding rhythm section, and Grace belting out wickedly sardonic lyrics throughout many of the tracks, Welcome to the Wrecking Ball ended up becoming my favorite of her solo releases. 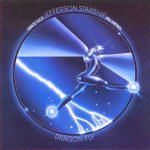 I find that 1974’s Dragon Fly is a rather underrated and occasionally forgotten platter, probably not too surprising considering it was one of the “transition” albums between two bands, Jefferson Airplane and Jefferson Starship. After Paul Kantner’s “project” concept album Blows Against The Empire, which included Airplane alumni, four years passed before he recruited some additional musicians to release Dragon Fly, updating the band’s overall sound.

To me, this album is one of Jefferson Starship’s best, with the songs “That’s For Sure” and the rollicking title track—quickly to become a stable on FM radio stations—not only displaying the power of the revamped group’s trademarked gang vocals, but also the true potential of guitarist Craig Chaquico and violinist Papa John Creach. The melodic playing of bassist Pete Sears, creating a formidable rhythmic team with drummer John Barbata, proved highly impressive, while Grace Slick’s vocal performances on tracks such as “Devils Den,” “Hyperdrive” and “Be Young You” providing (as usual) the essential chills of excitement.

But it’s Marty Balin’s captivating “guest appearance” on the exceptional track “Caroline,” with Grace performing her stellar ad-libbed background vocals, that created the magic and most likely inspired the group to continue forward with Balin included in the permanent line-up, and eventually, to mega-success with its next album, the classic Red Octopus. 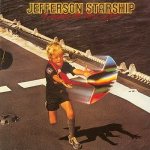 After the band released its rather disappointing, “middle of the road” Earth album in 1978, Jefferson Starship revamped its lineup in the wake of both Marty Balin’s and Grace Slick’s exits, hiring the dynamic Mickey Thomas (The Elvin Bishop Band) as its new lead vocalist and also recruiting ace drummer Aynsley Dunbar (Journey/Jeff Beck/Frank Zappa). More importantly, instead of continuing on in the same musical direction, the band smartly hardened its sound and released one of its best albums.

Freedom at Point Zero included the mega-hit “Jane,” along with the pounding and straightforward “Rock Music,” the beautiful ballad “Fading Lady Light,” and the kick-ass AOR gems “Just The Same” and the almost-proggish “Awakening,” which all showcase Mickey’s exceptional, breathtaking vocals. Incidentally, I also found it quite impressive that, in many respects—especially when the band employed its trademarked “Jefferson Airplane-ish” gang-vocal singing style on songs such as “Girl With the Hungry Eyes,” “Things To Come,” “Lightning Rose,” and the title track (which strongly reminds me of the band’s previously released “Ride The Tiger”)—Mickey Thomas, with his wide range, sounds almost exactly like Grace Slick, making her absence less “stinging” overall for longtime fans of the group who missed her presence.

Be that as it may, this album thankfully rejuvenated the band and became the first in another series of highly successful albums (with Grace happily returning to the fold on the next release). Both this album, as well as Modern Times (released two years later), are probably my favorite albums from the group, no matter its various incarnations. 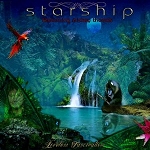 Truthfully, I was more than a little skeptical when I found this album. What would Starship sound like in the new century, especially without the appearance of Grace Slick and (apart from Mickey Thomas) an entirely new line-up? Would the band be a mere shadow of its former self? After the horribly disappointing Love Among the Cannibals album (the group’s final release from back in 1989), would Starship be able to convince me that it even deserves to be around more than two decades later?

I soon had my answers—Starship not only deserves to exist, but the group sounds like a solid, better-than-average AOR/Hard Rock band with Mickey delivering a wickedly wonderful (and gruffer than usual) performance, and has released an album with a large percentage of tracks being more than a tad enjoyable. And overall, when it comes to the songs, the band’s style, and the general production, this album sounds nothing like the old Starship. Indeed, I would have urged the band to change its name, thus starting afresh and avoiding any preconceived notions people might have.

Regardless, if this collection of tracks had been released back in 1989 instead of Love Among the Cannibals, Starship might have continued as a viable force throughout the ’90s. This album impressed me so much that I actually listened to it twice in a row. A tremendous surprise. And a note to fans of the original Starship—as mentioned before, when hearing the opening track “It’s Not The Same As Love,” you may find yourself wondering if this really is Starship, since it’s the heaviest track the band (whatever its lineup) has ever produced. In fact, most of the rockers on this album would probably feel right at home were they to appear on any album by bands such as Talisman, Harem Scarem, Tyketto, or Pink Cream 69.

The bottom line? Starship in the 2000s shows great promise, with this album standing right up there alongside other fine AOR/Hard Rock albums from the past few decades. There’s a nice mixture of rollicking tracks, catchy mid-tempo tunes, and a few decent ballads. Mickey Thomas fans will be thrilled!