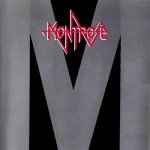 After leaving the band Gamma in the early ’80s, and prior to releasing a string of instrumental and experimental solo albums, legendary guitarist Ronnie Montrose joined up again with Gamma bassist Glenn Letsch, also snagged both drummer James Kottak (future Scorpions/Kingdom Come/Warrant) and vocalist Johnny Edwards (future Foreigner/King Kobra) from the band Buster Brown, and resurrected his famous namesake group from the ’70s. More importantly, he returned to his hard-rockin’ roots on 1987’s Mean.

And although the revamped group didn’t create another “classic masterpiece” to equal the original lineup’s stunning 1973 debut, it did produce a fairly enjoyable album nonetheless, with some stompin’, riff-heavy, and catchy tracks such as “M For Machine,” “Pass It On,” “Man of the Hour,” “Don’t Damage the Rock,” and “Flesh and Blood.” Although, in my opinion, the album contains a few filler tracks, the majority of the tunes feature pounding rhythms, powerful vocals, and the fantastic fretwork for which Ronnie Montrose was renowned, displaying the renewed lineup’s potential.

Unfortunately, however, the album dropped to almost zero fanfare, going by virtually unnoticed (and I can’t help thinking it had something to do with the horribly bland cover, the original version displaying only the giant “M”—the CD version at least had the group name added). Anyway, the foursome released no additional material after Mean, and Ronnie instead headed down the solo-album path, leaving behind (for the most part) the driving Hard Rock genre. Such a shame.