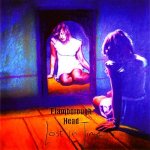 When hunting for music similar to Magenta—my favorite Prog-Rock band with a female vocalist—I stumbled across Flamborough Head, a group from the Netherlands, which is one act that is indeed quite similar.

Like Magenta, Flamborough Head’s music often falls into the same Symphonic Prog style as Genesis, IQ, Arena, Camel, Marillion and a host of other supreme groups. Although the current singer, Margriet Boomsma, might not have a timbre and delivery style as instantly recognizable as that of the insanely terrific Christina Booth from Magenta, she certainly does possess an alluring and expressive voice nonetheless.

The albums I own by Flamborough Head are all quite enjoyable, and Lost in Time, the band’s seventh and most recent release, is a favorite among them. Here, the dexterous musicians are always at the top of their game, producing often-complex, dramatic, and high-quality music as clearly displayed on the epic tracks such as “Damage Done,” “The Trapper,” “Andrassy Road,” and the title track, with plenty of old-style keyboards and synths, luscious guitar solos, a tight rhythm section, and even a bit of flute and recorder included to add some extra spice.

Overall, Lost in Time is top-shelf material from a highly talented band. 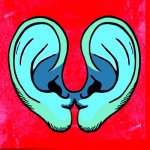 Macroscream is a “newish” Italian Prog-Rock band with a strong vintage flavor. Although I have not heard the band’s debut album (Sisyphus) from 2012, this sophomore release is quite stunning.

With the inclusion of violin, sax, and the prominent retro keys, along with some jazz and folk influences, fun time shifts and the intricate arrangements both vocally and instrumentally on tracks such as “Mr. Why,” “Goliath,” “Unquiet,” “Impenetrable Oak Bark,” and “The Flying Gianpy,” the band often reminds me of classic acts such as Gentle Giant or PFM mixed with the occasional touch of Supertramp, or more modern Prog-Rock groups such as Seven Steps to the Green Door, Black Bonzo, and Presto Ballet.

This is one exciting band to watch! 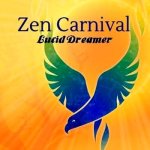 Lucid Dreamer, the third and latest album from Zen Carnival, contains touches of various Prog-Rock sub-categories such as Avant-Prog and Jazz-Fusion along with Neo-Prog and Symphonic Prog, yet with also a healthy dose of straight-up AOR and Pop Rock when it comes to several vocal melody lines, such as the catchy closing track, “Love is the New Way.”

Overall, the music on Lucid Dreamer, which incorporates a pleasant variety of keyboards (including Mellotron), both aggressive/mellow and electric/acoustic guitars, plus mostly upbeat and often-punchy rhythms, occasionally reminds me of the more poppier side of groups such as Camel and Caravan with some quirkier instrumentation (as on “Medieval Suite,” for example) that would seem right at home on albums by Gentle Giant or Spock’s Beard.

A fun album from a promising group! 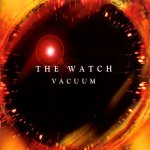 From Italy, The Watch creates a nearly perfect replica of the classic Genesis (Peter Gabriel-era) sound on each of its albums. No other band in the world, in the galaxy, in the entire universe, comes as close. Indeed, with vocalist Simone Rosetti eerily replicating Gabriel in timbre and delivery (apart from a slight Italian accent), and the musicians duplicating the same playing styles and tones as Banks, Rutherford, Hackett, and Collins, it’s as if the classic Genesis line-up had hibernated since 1974 and, reanimated and energized, reappeared in the new century completely intact to continue where they left off, only with modern studio production techniques to aid them.

To me, Vacuum, The Watch’s second collection of tunes (and basically an extension of the band’s 2001 debut Ghost) is far better than anything Genesis ever released during the post-Gabriel years, and devotees of albums such as Foxtrot, Nursery Cryme, and Selling England by the Pound will certainly enjoy The Watch, especially after hearing this album—which I played repeatedly for weeks and weeks after purchasing it a decade ago, and still yearn to hear on a regular basis.

With compositions such as “Damage Mode,” “Shining Bald Heads,” “Out of the Land,” “Wonderland,” and the fantastic “The Vacuum,” this album is nothing short of a 5-Star masterpiece, with all of the band’s other releases (including the lone album from a “prequel band” featuring Rosetti called The Night Watch) nearly as inventive and stunning. 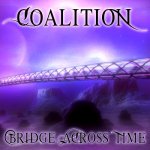 From the U.K., the band Coalition released its first album in 2012, and Bridge Across Time, its sophomore collection, in 2016. Although I’ve not heard the debut album so I’m unsure of the band’s growth, Bridge Across Time is indeed an interesting collection of tracks that occasionally brings to mind several other Neo-Prog groups such as The Flower Kings, Transatlantic, IQ, Leap Day, and It Bites, especially the latter two groups due to some welcome “wackiness.”

For example, the way the band incorporated strange horn accents and what sounds like Kurzweil-sampled “background vocals” on the song “Labyrinth,” or the lead vocal treatments, odd time shifts, and unexpected keyboard and guitar instrumentation during the epics “Land of Dreams” and “The Watcher,” both clearly display Coalition’s overall creativity with arrangements and orchestration, setting the group further apart from many of its contemporaries.

These small details make a group truly memorable, therefore, Coalition seems on the right path to forging a name for itself in the Prog-Rock community. After savoring Bridge Across Time, I look forward to hearing the band’s debut album and any future releases it creates. 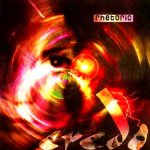 Highly reminiscent of Marillion, London-area band Credo supposedly formed back in the late ’70s but didn’t release any material until its debut album in 1994. Then the promising band disappeared for more than a decade, only to finally reemerge in 2005 with Rhetoric, the album that formally introduced me to the group.

As mentioned, on this release, fans of Marillion will certainly recognize a musical style comparable to what appeared on the albums Clutching At Straws or Fugazi, for example. Not only does the vocalist possess Fish’s range and timbre, only with a less-dramatic delivery style, but the overall instrumentation, the beautiful guitar and keyboard tones, the intricate song arrangements, etc. have that undeniable Marillion stamp, with perhaps groups such as Arena, IQ, Pallas, and Pendragon also acting as marginal influences.

So, although not unique by any stretch of the imagination, Credo nevertheless created some wonderfully enchanting and melodic Neo-Prog on Rhetoric, and I continue to play this album on a regular basis as well as the band’s equally enjoyable third release from 2011. 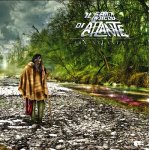 Back in the mid-’90s, when I started delving into the Italian Prog-Rock scene thanks to a renewed interest in PFM, I stumbled across the 1992 debut by Il Castello di Atlante, and after savoring the album, immediately deemed the talented group one to watch.

Now, more than two decades later, with the arrival of Arx Atlantis, the band’s sixth (I believe) studio collection, I’m still impressed. The group continues to create some grand and often-complex material, with the vocal melody lines ever-enchanting and the instrumentation dynamic and laden with exquisite solos and background accompaniment.

And with the violin beautifully weaving its way in and out of the five songs on offer here, and the old-style keys and synths acting as a lush foundation for the band’s symphonic style, Il Castello di Atlante continues to remind me of a happy and fruitful marriage between acts such as PFM and Kansas. 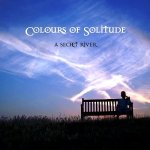 Swedish band A Secret River released its first album several years ago, a fine collection of Neo-Prog music, yet mixed with a healthy dose of AOR, seeming as if a slick group such as Toto had incorporated some of the mellower, more pastoral elements of artists such as Genesis, Neal Morse, or Camel into its overall style.

Melodies are typically mesmerizing and the atmospheres moody, while the instrumentation (such as the band’s use of electric piano, gentle organ, and rounder synth tones) is often delicate and never too “in-your-face.”

Simultaneously, some jazzier elements frequently pop up when it comes to the rhythms and some of the nimble guitar, bass, or keyboard fills, which adds even more spice to the band’s sound.

To me, the album’s title and matching cover art perfectly reflect the music on offer here…nothing too rollicking or complex or harsh, just mature performances, accessible musical arrangements, and unadulterated melodies, a varicolored tapestry of musical styles to internally savor. 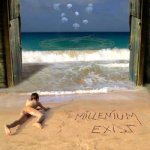 Millenium, a Prog-Rock band from Poland (not to be confused with the Jorn Lande Hard Rock/Heavy Metal outfit that bore the same name), released its debut album back in 1998, and to this day continues onward, always creating enjoyable, highly melodic and moody, above-average music of the Neo-Prog variety on a fairly regular basis, for which I am eternally thankful.

Exist, the band’s 2008 release (its seventh studio album) is probably one of my favorites, with each of its four lengthy tracks (from eleven to fifteen minutes each) often mesmerizing, containing a perfect balance of heavier and lighter moments, solid melodies, and top-notch musicianship.

Fans of Galleon, Airbag, Pink Floyd, Big Big Train, and similar acts will likely enjoy Millenium’s material as much as I’ve come to appreciate it. 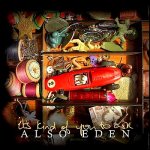 This is one of my most recent favorite bands from the U.K. I discovered Also Eden only a few years ago and have come to enjoy the band’s releases quite a bit, and for those who love the style of IQ, Pallas, early Marillion, Genesis, and similar fare, this is likely a band you’ll also appreciate.

Indeed, Huw Lloyd-Jones, the vocalist on this release (and his final release with the band), has a similar tone and delivery style as Paul Menel (formerly of IQ) and Steve Hogarth (Marillion), so expect music within the same majestic Neo-Prog realm.

The eleven-minute opener “Star” instantly dispelled any concerns I had originally fostered about whether the band would be able to match the excellence of the debut, and the track delivered what I had hoped, intriguing melodies and lush instrumentation that had so enamored me on the first album. Another of my favorites here is “Skimming Stones,” where Lloyd-Jones’s vocal melody line is simply magnificent, while the lengthier “Outside In” contains creative keyboard orchestrations as well as a complex rhythm pattern in one section. “A Widow’s Eye,” the album’s longest composition at nearly thirteen minutes, is nothing short of a mini-masterpiece, offering additional Prog-Rock majesty with it comes to the splendiferous melody lines, the intricate song arrangement, sumptuous instrumentation and solos, and a dramatic atmosphere.

So to me, It’s Kind of You to Ask, like all of the band’s releases, hovers somewhere within that enviable territory between 4 and 4.5 Stars, with moments of 5-Star splendor often creeping in, hence my overall rating.