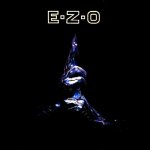 This ’80s Japanese band merged Hard Rock, Glam, and Metal, eventually capturing the attention of Kiss’s Gene Simmons, who secured the band its record deal in America and even produced its debut album.

I thought EZO quite awesome and horribly ignored—especially with awesome tracks such as “House of 1,000 Pleasures,” “Flashback Heart-Attack,” “Destroyer,” “Desiree,” and the single “Here It Comes”—and I continue to enjoy both of the band’s albums to this day, although I actually find the sophomore effort, Fire Fire, slightly superior.

(Note: In the early ’90s, half of EZO eventually merged with Loudness after that band’s original line-up also disintegrated. Although I adored early Loudness along with EZO, the merging of the two talented groups just didn’t quite gel for me. A shame.)