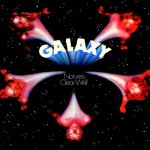 From Germany, a band with the odd name Waniyetula recorded this collection back in 1975, the six songs produced by the acclaimed Dieter Dierks for potential release on (I’m assuming) his own Venus record label. Yet for some reason, the album was shelved indefinitely. Then in 1978, only after another record label purchased the rights to the album, did Nature’s Clear Well finally see the light of day, only packaged/marketed under the more palatable band name Galaxy.

The music on Nature’s Clear Well is generally a mixture of Yes and Starcastle-inspired Symphonic Prog with a hint of Prog-Folk, thanks to several lighter acoustic guitar moments, while the keyboard instrumentation occasionally reminds me of Genesis, Nektar, Eloy, Jane, and Camel.

Well, regardless of the band’s name change, the album went nowhere fast in the “Punk/Disco era,” and Galaxy ended up reverting back to its original (and less-marketable) name, recorded another album released in 1983 (which also went nowhere fast), and finally called it quits.

Nevertheless, Nature’s Clear Well contains some fairly decent material, such as “Wish I Were Happy,” “Warning Walls,” “Dreams Out in the Rain,” and the eleven-minute title track, and fans of really obscure Prog-Rock might certainly find something to savor here.