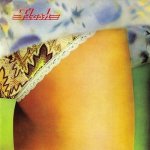 Okay, Prog-Rock fans, think back—which of you, when hearing the track “Small Beginnings” for the very first time, thought it was a song by Yes?

If you raised your hand, you are certainly not alone. I distinctly remember, the day after catching the song on the radio, I headed to my local record store to hunt for a Yes album including that song title, then when finding none, being informed by the friendly, all-knowing shop-owner that the song in question was by a new group named Flash instead.

Well, at least I didn’t feel so naive once I subsequently learned that both guitarist Peter Banks and keyboardist Tony Kaye (both original members of Yes) were included in the band’s ranks. And with bassist Ray Bennett often mimicking the playing technique of Chris Squire, and singer Colin Carter having a range, timbre, and delivery style similar to Jon Anderson’s, no wonder Flash had a nearly identical character as Yes on “Small Beginnings,” enough so that the band had completely fooled me and many other Yes fans, I’m sure.

Anyway, although Flash’s self-titled debut has that undeniable Yes-stamp, the band did manage to add numerous touches of its own on tunes such as the mellower “Morning Haze” and “The Time It Takes,” as well as on the longer, more elaborate “Children of the Universe” and the thirteen-minute “Dreams of Heaven.”

Flash released two additional albums in quick succession, each bearing a slight drop in quality, before vanishing (until recently, that is, although I have not heard the 2013 release by the revamped version of the group featuring Carter and Bennett). Regardless, this is my favorite Flash album and recommended for devotees of—that’s right, you guessed it—Yes.